Uncle Plaster announces the release of a new animated music video featuring Buzz Holland, Dan Eccles and Rose Esposito. Buzz, writer and performer, longs to see “through a butterfly’s eyes.” And we can see how through a brief life of impermanence, of perpetual metamorphosis, the butterfly lives fully and beautifully. We humans are always trying to keep things the same, and in that process we tend to squelch the very things that make life worth living – the joys and experiences that that grow out of what changes, not what stays the same. Enjoy!

We’re excited that our film Native Wisdom: The Peoples of Eastern Oregon has been nominated for best documentary at the 45th Annual American Indian Film Festival. Congratulations to the Confederated Tribes of the Umatilla Indians and the Confederated Tribes of Warm Springs. We worked closely the Tribes to develop these programs. We hope this film reflects the reality of the affects of climate on Native culture through the First Foods – salmon, game, roots and berries.

Thanks to co-producer Kunu Bearchum and co-director Tim Keenan Burgess for their great work.

Watch for the Blu-ray DVD which should be out soon.

We’re pleased to announce that OPB Plus will be showing two documentaries I made with Executive Producer Rose High Bear of Wisdom of the Elders. Co-produced and co-directed by myself, Kunu Bearchum and Tim Keenan Burgess, the films show how Oregon Tribes are confronting climate change as it affects their culture. One of the films was featured at the Bend Film Festival and is up for Best Documentary at the American Indian Film Festival.

I’m happy to announce that we’ve released my new animated film celebrating the Skyline Tavern Project. Produced by Scott Ray Becker and Meg Thibodeaux, and directed by yours truly, the five and 1/2 minute piece celebrates the wild and wooly biology—both human and non-human—of the Skyline Tavern. Five months in the making, the film features my hand drawn animation, and the music of The Black Dogs of Skyline, led by Kris Stuart. 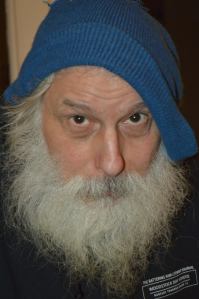 If you’ve spent any time on this site, you may have noticed in the sidebar to the right a feature called “Sparrow’s Proverbs.” I found out about this prophet of the modern world several decades ago. His musings still get me going. Aphorisms such as “You must open your eyes to cry” or “One noodle, long enough, is a meal”  or “The economy has no manners,” delight through their brevity, humor and truth. I located his contacts on Twitter and Facebook. He’s written some books, such as How to Survive the Coming Collapse of Civilization (and Other Helpful Hints) and Goodbye, Patriarchy.

His bio, characteristically brief,  reads: SPARROW plays flutophone in the underrated pop group Foamola, whose latest song is “I Seem to Have Lost My Can Opener.” He lives in the Catskill Mountains.

So watch for new proverbs now and again. Hopefully we’ll get through most of them before civilization finally does collapse.

Sparrow: I hope its ok for me to publish your aphorisms.

On May 18, 2019, Wisdom of the Elders held the first public screening of two new one-hour films about Native Oregonians and climate change. Hosted by the Portland Art Museum/NW Film Center, over 200 people attended the screenings and stayed for energetic Q&As with the filmmakers. Here’s a trailer for the screening.  You can get dvd copies of the series from Wisdom of the Elders, Inc. Here’s a trailer:

Getting excited about the upcoming showing of two films I directed for Wisdom of the Elders about Oregon Native People and how climate change is affecting traditional foods, Monday October 13th, 7-9pm at OMSI, 1945 SE Water Ave, Portland, Oregon 97214.

Come on out and enjoy a look at Oregon’s Coastal and Interior Tribes and some of the great things their doing in habitat and species restoration to benefit all of us.  Here’s a link to the Facebook event.

We’ve started a new company called Uncle Plaster, specializing in Larry’s particular brand of 2D animation. Our latest is a segment of the web series My American Waistline, from Smash the Hive Productions.  The series comments on America’s obsession with weight and body image. The latest, called “Slings and Arrows #1”, takes a look at body shaming over coffee.

Larry drew the cartoon entirely with a Bic ball point pen, as though someone were sitting in a coffee shop sketching in a composition book.  “Every cartoon has to start with a concept, a visual approach that is appropriate to the story,” Larry says. “Without that you’re just doodling in the dark.

Research and drawings of the Hydra in “Slings and Arrows #1”.

Here’s a look at the final product.  Let us know what you think!  More at Uncle Plaster! 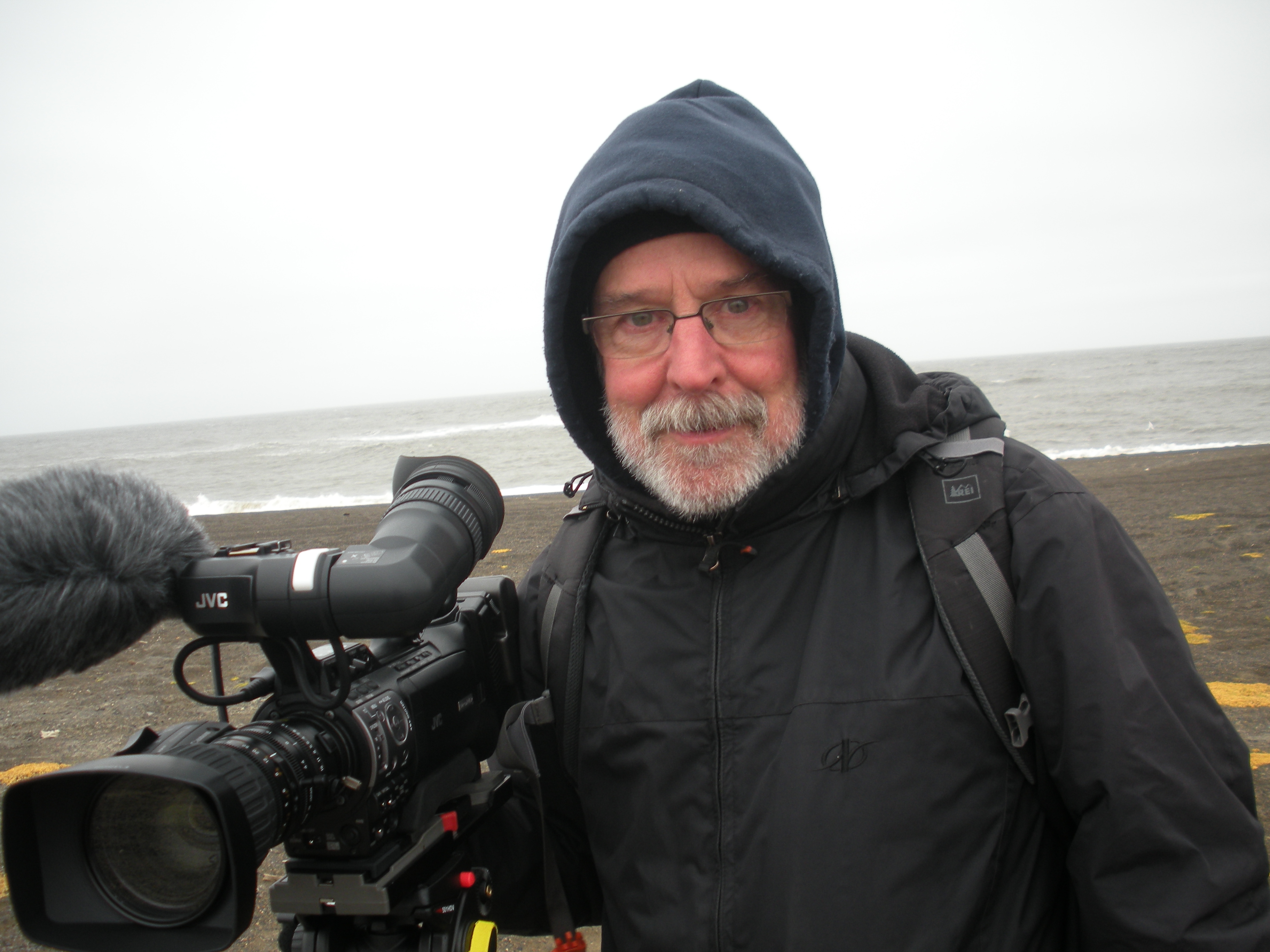 Lawrence Johnson on the Arctic Ocean

On Saturday, April 15th, Wisdom of the Elders, Inc. teamed up with Portland Art Museum/NW Film Center to present an afternoon of films tracking climate change and how it is affecting Native First Foods.  Lawrence Johnson has been working on these films since 2012. Wisdom’s executive director Rose High Bear and I traveled to Barrow and Anchorage, Alaska, to record elders and wisdom keepers about whaling, hunting and gathering practices. On Alaska’s coastline, villages are literally being washed into the sea because the shore-ice that normally protects the coast from erosion due to fall storms arrives later in the season.  We made two 30-minute films: Alaskan Native Wisdom: The People of the Whale and The People of the Caribou. 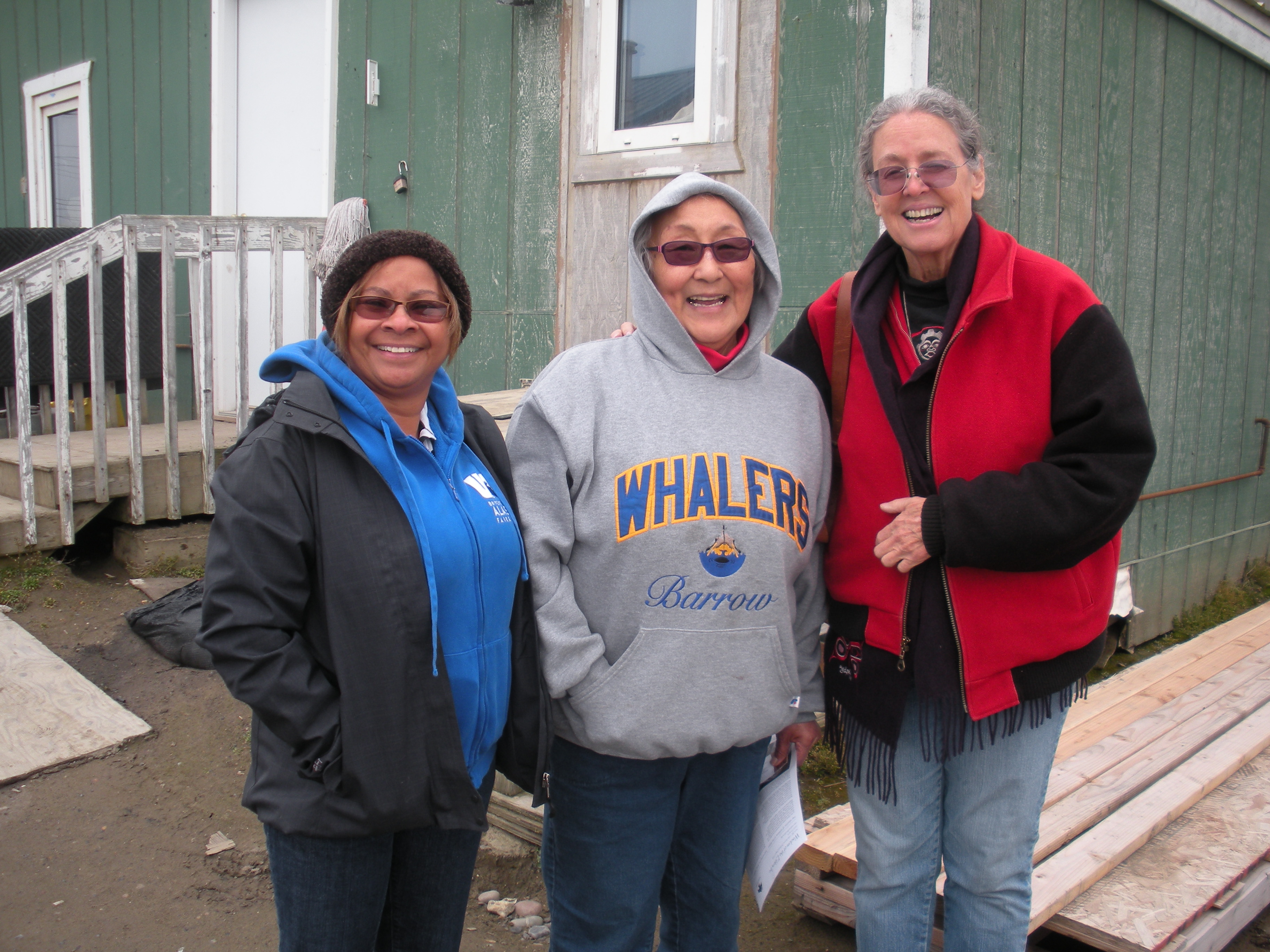 We also premiered the two just-completed films we made about Oregon: Native Wisdom: The People pf the Oregon Coast and The People of Oregon’s Interior.  The films will be used to educate in schools and at community listening sessions around the Pacific Northwest. Find out more at Wisdom of the Elders, Inc. 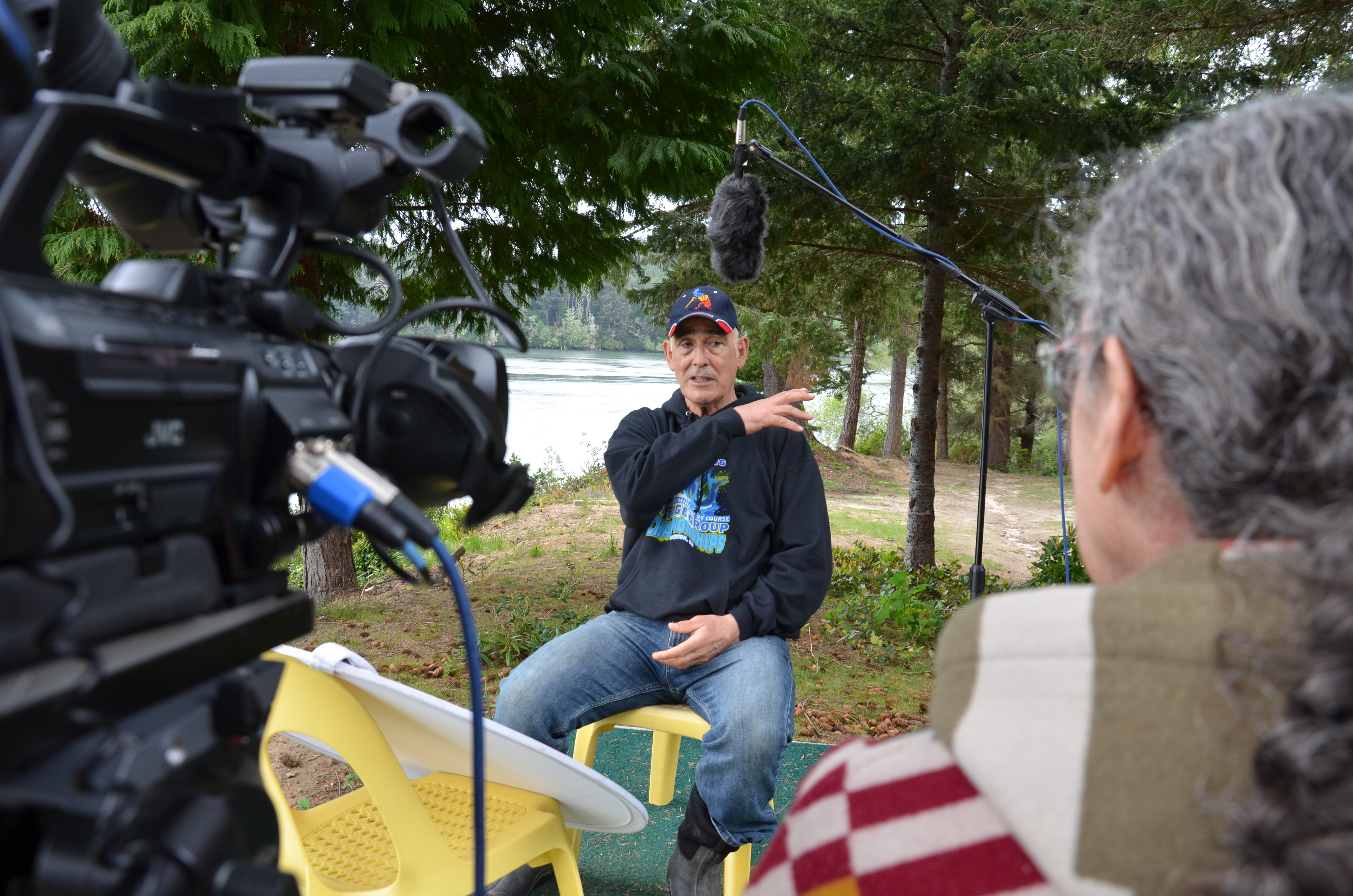 Here’s a look at my new 13 minute video about mentoring prisoners in transition. America puts more people in prison than any other nation.  One out of every 100 U.S. citizens are behind bars.  When those folks get out, are they ready to be successful, or will they wind up back in prison because they are not prepared?  Mentors help prisoners adjust to life on the outside by acting as guides, as advisors, as friends. the film is sponsored by Mercy Corps Northwest and produced in a workshop by my organization HARRP (Highland Access, Reentry and Recovery Program).  Check it out!

Never pay cash for a satellite.